The Oscar, Olivier and Bafta winner has announced her support for the iSing4Peace project, which is raising money for four causes.

Spearheaded by north-east singer Fiona Kennedy, scores of people have added their voices to a special recording of Stronger For The Storm.

It has now been released as a charity single, in aid of the The British Red Cross, The Royal Commonwealth Ex-Services League (RCEL), VSA and the university’s development trust.

Dame Judi, whose extensive catalogue of work includes James Bond, Cabaret and Shakespeare In Love, has recorded a message of support for the project.

“During these really challenging months we’ve all needed some kind of lift to our lives,” she said.

“And music and the arts can do that.

“It’s in a limited form at the moment – but it can do it.

“And so, in order to help us all, let’s try and make a difference.”

Read the full article on the Press and Journal website. 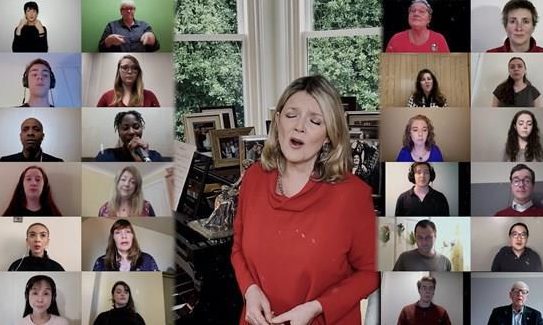