Dougie Maclean is known and much loved around the world and here Fiona Kennedy describes the other, mischievous side, to the Scottish musical icon.

You’ve either got it, or you aint! The ‘it’ that I’m referring to is that magical word, charisma.

Prolific singer-songwriter and musician, Dougie Maclean has ‘it’ in bucket loads.

Now a legend in his own lunchtime, possibly, but certainly not entirely because of his much loved song ‘Caledonia’ that has been sung the world over – from the stadium in Glasgow at the recent Commonwealth Games to concert halls in New York, LA, Chicago and Sydney Australia – to local village halls in the highlands, including his own home village of Butterstone, near Dunkeld in Perthshire.

This song has travelled and become part of the fabric of our culture.

Last Sunday night Dougie was performing in ‘The Granite City’ of Aberdeen at The Music Hall for the last night of the highly successful 50+ Family Festival and fair to say he had the audience of all ages in the palm of his hand from the minute he stepped on to centre stage.

He is undoubtedly one of the most warm, talented and accomplished singers and musicians Scotland has ever produced.

Wonderfully funny and mischievous, he peppers his set with engaging true stories about friends, neighbours and family, all the while chuckling to himself as he recalls the various adventures.

We heard about the time he was persuaded to climb up a mountain when he suffers from severe vertigo (I think that may have inspired the song ‘Rescue Me’) then the time he went sailing off the island of Lewis, petrified, on mountainous seas – and the trip when he was stranded in Alaska staying in a hotel next to a bubbling, ready to erupt volcano.

Over the years, Dougie has toured extensively and all the while he quietly observes and creates tunes and words that draw you right in. You laugh, you cry, you reflect and you happily sing with him as he teaches you the choruses, riffs and instrumental breaks.

We all throw caution to the wind and collectively become the solo fiddle, the percussion and his personal choir.

‘You were fantastic’ he told us! ‘ but don’t get too complacent , do it again and hold that long note a wee bit longer’. We repeated it until we got it nearly right.

Amazingly he doesn’t read music (neither does Paul McCartney) but that makes no odds. He has a rare talent and boy does he have music in every fibre of his being.

Dougie has a connection with Aberdeen that goes way back. When he was 20 years old he worked in The Duthie Park as a gardener. A chance invitation to go and play on tour changed his life and here he is 40 years on as a travelling troubadour.

Who said that behind every successful man is a surprised mother? It wasn’t me!

I’m sure that that Dougie’s Mum is not at all surprised by her son’s international success. She’s something of a melodeon player ( a type of button accordion) herself and a very sprightly 79 year old, who I hear has recently taken up bell ringing.

But behind this successful man there is Dougie’s wife, Jenny Maclean, accomplished artist in her own right, who leads ‘ Team Maclean’ with aplomb and son Jamie who works alongside his Dad in everything he does.

This year has been particularly full-on starting with an exciting collection of Dougie’s material being recorded with The Royal Scottish National Orchestra.

Dougie is very proud of this recording, and he told me: “Some of it sounds like Ben Hur. It’s amazing and possibly the best thing I’ve ever achieved.”

Everyone in the hall on Sunday night I’m sure had a favourite Dougie song. My sister Deirdre was hoping he would sing hers, ditto The Lord Provost of Aberdeen. I was more than happy to hear ‘ Turning Away’ one of my favourites and wondered if he might also sing ‘Ready for the Storm’ which just happens to be my song choice for this week. This has been covered by many artists from Nancy Griffiths to yours truly.

But here’s the thing, Dougie Maclean has written such a huge bank of songs that we could have been in The Music Hall for weeks on end and still not heard half of them. And you know what? We’d all have stayed!

He had to tell us to go home!

Listen to Fiona’s version of ‘Ready for the Storm’ here.

Fiona’s recording of Dougie Maclean’s ‘Ready for the Storm’ is taken from her Maiden Heaven CD available on Amazon. 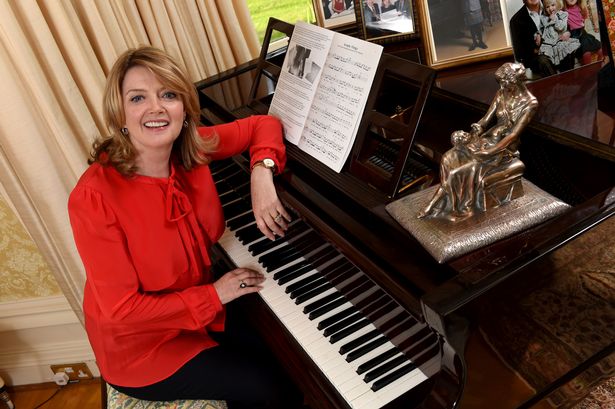 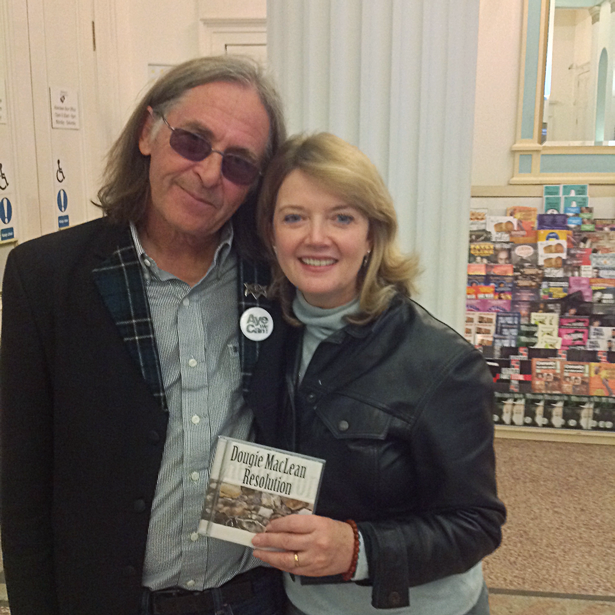