There’s been quite bit a bit of chat of late on the airwaves about the pros and cons of nativity plays. I heard one lady phone in to BBC Radio to say that she thinks it’s all a bit old hat having the same baby Jesus story every year and how much better it would be to have a more modern story about robots!

Another lady rang in response to say that there’s something far wrong if you can’t enjoy an action packed story about 3 wise men following a star, angels, gifts of gold, frankincense and myrrh, all for a newborn baby who was born in a stable because there was no room at the inn.

One of my favourite moments watching a nativity play many moons ago was when Mary forgot her line and there was a big hiatus. One of the 3 Wise Men decided to step in and improvise. He walked up to the crib, looked into it, paused and said thoughtfully, ‘He looks just like his father!’ I still laugh thinking about that. Long live the nativity play!

As for Carol Services, I love them!

The earlier in December I go to one, the happier my lead up to Christmas is. It sets the tone for me, helps me to take stock and hopefully not get sucked in to the huge amount of hype that really has nothing to do with the real meaning of Christmas.

So I was delighted to be invited to take part with others closely associated with the University of Aberdeen to take part in their Inaugural London ‘Service of Nine Lessons and Carols’. It took place at St Marylebone Church which is on the Marylebone Road (and to give you some bearings should you be in the vicinity), not too far from Madame Tussaud’s!

I had never been in this glorious church before and it is very special indeed. It can boast of having had Charles Dickens as one of its parishioners – and for all you Dickens aficionados, his son was baptised there, a ceremony fictionalised in ‘Dombey and Son’.
Prime Minister Gladstone worshipped there and Robert Browning and Elizabeth Barrett were married there. So it has quite an illustrious history.

It’s a stunning church with a wonderful school and reputation for education and music. It has the most beautiful, natural acoustic, perfect for The Aberdeen University Chamber Choir conducted by Professor Paul Mealor and Mr John Hudson who had journeyed from Aberdeen for this very special Carol Service.

Professor Paul Mealor is of course Professor of Music, at the University and whose reputation is recognised the world over.
He was commissioned to write ‘Ubi caritas’, a triumph at the Royal wedding of Prince William and Catherine and then he followed that up with the number one Christmas hit “Wherever You Are” performed by the Military Wives Choir.

Paul has the truly rare and remarkable talent of being able to compose a wide range of music from classical to pop, all of which connect with audiences everywhere.

So, I think it’s fair to say that the music chosen by him for the University of Aberdeen’s Service, hosted by Professor Sir Ian Diamond, was nothing short of wondrous.

A perfect blend of many favourite carols for us all to sing with great gusto from ”Once in Royal David’s City’, to ‘Hark! The Herald Angel Sing’.

There was also a superb new piece, ‘Adam lay ybounden’ a specially commissioned world premiere with music by Thomas Layvoy a PhD student studying at Aberdeen.

Another composition which was new to me was ‘I Pray’ with words and music by Paul Mealor, which perfectly captured the mood at this magnificent service. Both pieces which will surely make their mark forevermore.

The Chamber Choir’s singing was utterly sublime and goodness me, Lucy Hole, the soloist was stunning.

It was a privilege to read one of the 9 lessons and you know what? No-one mentioned a robot! 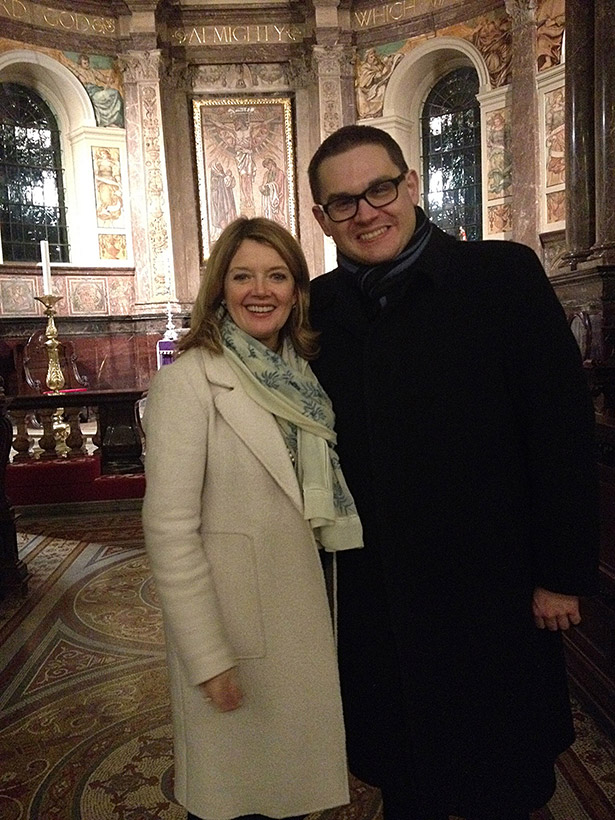 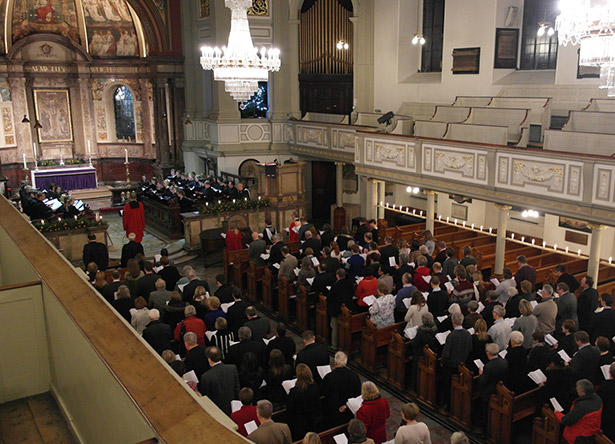 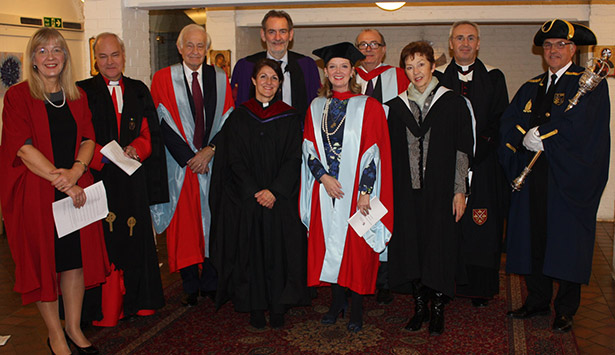